“I can’t say what my first thought was as I sunk below the surface, because it was mostly a string of four-letter words.”
― rachel hawkins

The image above is Hidden Falls in Nerstrand Big Woods State Park, south of the Twin Cities. Below, is a story from yesterday evening.

It happened in slow motion. The dock I had just, gently, lept onto sank into the lake I was hoping avoid. If you know me, the word “gently” is a gross exaggeration, but bear with me. Though it sank only six inches, I watched the ice cold water breach the sides and flow directly toward my running-shoe clad feet, too fast for me to leap back out of the way. I waited for the cold to register. I let out a shriek that would have been hilarious to a dry, bystanding, me. My daughter cracked a grin as I pictured the dock continuing to submerge, easing me into freezing baptism. Alas, the dock held and I lept back to the rocky path, shoes sloshing.

The area we were in is located in the Lake Elmo Park Reserve. At the far end of the dock is a bird blind, complete with pictures of birds that can been seen in, and around, the lake. My daugter has called it the “little house” ever since she could speak, and we visit several times a year.

When we arrived, yesterday evening, we were greeted by a cacophony of screeching birds that were flying in flocks to different areas of the reeds we were standing amongst, on the shore of the lake. Flocks of thirty or more would whiz by, swooping and ducking, following a leader we couldn’t pick out. Then, they would dive out of sight, again, leaving us only with their audible calls. There were thousands of birds.

The path to the little house was partially covered by the lake. With the water levels at the highest I’ve ever seen, I didn’t think we’d be able to make it out to the blind. While I pondered if it was possible, Julia jumped into action – her eleven year-old mind had already having solved the problem. If we move rocks from the dry area of the path, to where it was submerged, we could hop onto the dock and get to the house. So we started moving rocks to extend the path. When we felt we had enough rocks to bridge the water, I went for it.

The moral of the story: be ready to hike in wet shoes.

Eventually, though still thoroughly wet, my shoes warmed up, and we continued the hike without further incident. On our way home, Julia did her best impression of the noise I made when the lake and I made contact. It wasn’t good. Luckily, she’s the only witness. 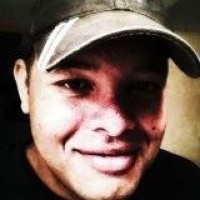 Tomas I'm a wearer of many hats: husband, father, photographer, web developer, and certified Scrum Master. When not writing code, I'm with my family, or out with friends and my camera. I have produced photographic exhibitions and have some solo shows of my own.